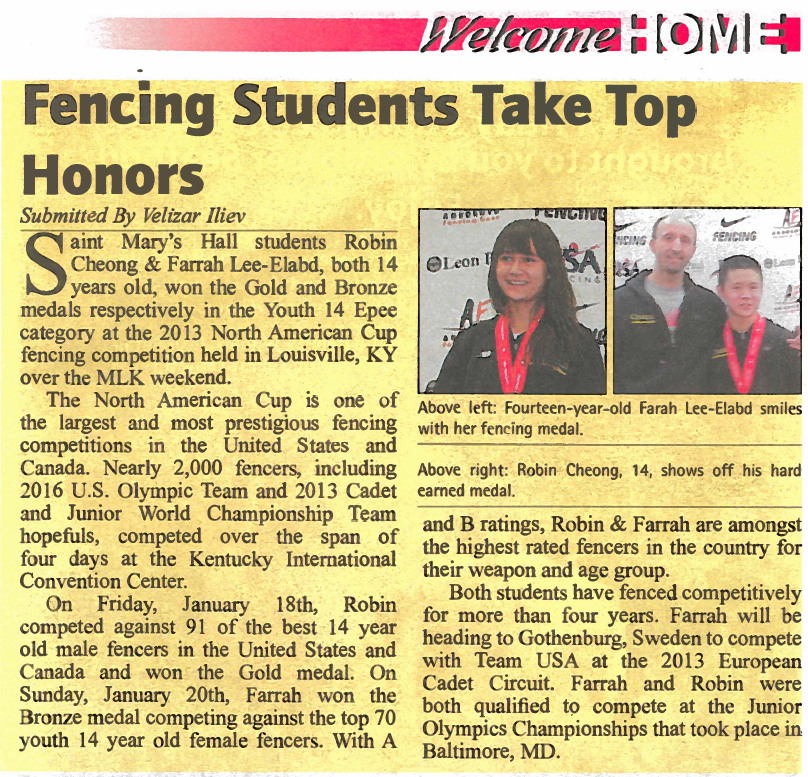 2012 Bronze medalist Kelley Hurley had an in depth interview at Olympian Fencing Club on Fox 29 on Tuesday November 13th. View the the full interview at Fox’s website. Pay attention and you will catch 2000 Olympian and our coach Velizar Iliev fencing in the video as well.

Olympian and San Antonio Fencing Center were featured on the segment “Where’s Cleto?” On Monday morning. Here is the video segment: