Olympian welcomes Coach Viktor Svatenko who has joined us this week, now in his seventh year as fencing coach at Penn State, brings a distinguished background in fencing and modern pentathlon to Olympian.

During his tenure as fencing coach with the USOC, his athletes, including Coach Velizar, claimed a silver medal at the Olympics as well as three gold, one silver, and a bronze medal at the World Championships. He also coached athletes to four gold medals at the Pan American games. Join us in welcoming aboard Coach Viktor! 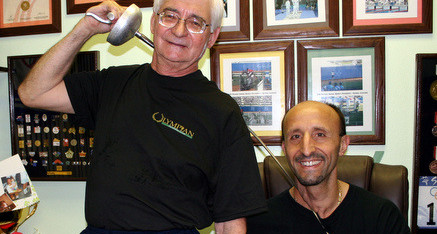