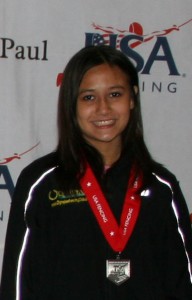 Olympian Fencing Club took five fencers to the North American Cup in Virginia Beach this month with stunning results. This exciting event offered a great opportunity for all epee fencers to gain confidence and experience after already qualifying for the Summer National Championship in Anaheim, California this July.

Robin Cheong finished pool matches as the number one seed and fell just short of a medal after an amazing bout with Charles Horowitz 15-14. Charles went on to win the gold medal in this event. Robin was 6-0 in pool matches with a +20 differential, the highest in Y14 competition. 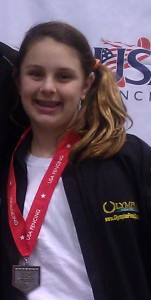 Evan Carlisle gained great experience with his strong showing in the Y10 division, losing a nail biter 5-4, 5-4 after entering elimination rounds ranked 11th overall. This event was key for Evan, his first North American Cup event and will propel him as he heads to Nationals. In Y12 competition on Monday Evan fenced very strong and again earned invaluable experience heading into summer competition.

On the women’s side, Olympian Fencing Club brought home three medals in Y14, Y12 and Y10 competition. Farrah Lee-Elabd of Alamo Heights Junior School blazed through the Y14 women’s epee pools to take the sixth seed heading into direct eliminations. She finished in the table of eight and brought home a 6th place medal.

Olivia Krick competed in Y12 and Y14, successfully taking home the eighth place medal in Y12. Olivia was 4-1 in pool matches with a +12 differential, taking the sixth seed into elimination.  She also gained great experience in Y14 women’s epee, placing 34th after a strong showing.

McKenna Carpenter competed in Y12 and Y10 women’s epee, winning the bronze medal in Y10 competition. After seeding third after pool matches at 5-1 and +17, McKenna fenced well and almost made it to the championship, falling to the silver medalist 2-1, 1-0.

Olympian Fencing Club is proud of all our competitors, who did well in one of the largest tournaments in the country just prior to the National Championships. This event had multiple fencers qualify for the US Olympic team in London this summer, including Kelley Hurley of San Antonio, TX. This was yet another great experience for our young athletes.

For more information on this event and photos with our team, visit our Facebook photo albums today.